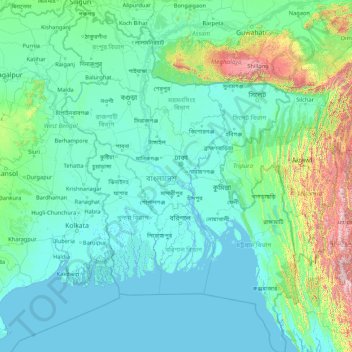 Bangladesh is predominantly rich fertile flat land. Most of it is less than 12 m (39 ft) above sea level, and it is estimated that about 10% of its land would be flooded if the sea level were to rise by 1 m (3.3 ft). 17% of the country is covered by forests and 12% is covered by hill systems. The country's haor wetlands are of significance to global environmental science. The highest point in Bangladesh is the Saka Haphong, located near the border with Myanmar, with an elevation of 1,064 m (3,491 ft). Previously, either Keokradong or Tazing Dong were considered the highest.